The Historic Houses Associationâs (HHA) member houses are hosting special events this summer to celebrate the 800th anniversary of the signing of the Magna Carta.

You are invited to follow in the footsteps of families who have played a pivotal role in paving the way for the rights we enjoy today.

Many HHA properties have belonged to families for centuries and a number are related to the 25 barons who forced John to sign at Runnymede.

Visit the homes of The Barons 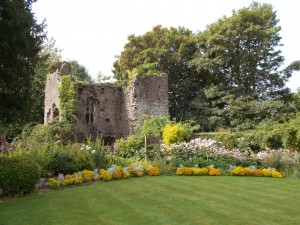 The last member of the de Redvers family to own Tiverton Castle (pictured) was Isabella, daughter of Baldwin de Redvers, 6th Earl of Devon and the second wife of William de Fortibus, grandson of William de Forz, one of the 25 barons and related by marriage to three others, Richard de Montfichet, Robert FitzWalter and Gilbert de Clare who formed the Committee in the forefront of the opposition to King John and who were entrusted by the terms of Magna Carta to ensure the King`s compliance with it.

You are invited to find out more on a guided tour of Tiverton Castle and hear about its 900 years of history which will start at 2.45pm (optional), followed by free tea and biscuits as part of LiberTeas on June 14th. 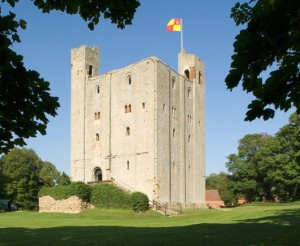 To commemorate Magna Carta and the close involvement with the rebel barons of Robert de Vere, third Earl of Oxford and Lord of Hedingham Castle, there will be a spectacular day full of history, rebellion and battles at Hedingham Castle (pictured), Essex, on Sunday June 14th. Amongst all the action, the inner bailey surrounding the castle will be a medieval camp-site giving an insight into the lives of ordinary people, traders and craftsmen where you can see knights on horseback, close quarter fighting, and excommunications. There will be food stalls, fascinating Guided Tours of the Norman Keep and Riotous Assembly providing a musical documentary âHistory Happeningâ.

Goodnestone Park also has a strong link as its owners, Lord and Lady Fitzwalter, are related to Robert Fitzwalter, regarded as the leader of the baronial opposition to John, styling himself âMarshal of the Army of Godâ. Robert played a major part in the events of 1215 and so contributed substantially to Magna Carta becoming part of the fabric of English political society. Goodnestone Park gardens are open on Wednesday, Thursday, Friday 11 – 5 & Sunday 12 – 5.

Broughton Castle will open the garden on June 25th to ticket holders from 5.30pm for those that wish to picnic prior to the talk. The ticket price is Â£15 per person including a glass of wine or soft drink. Tickets can be purchased at Banbury Museum or www.banburymuseum.org/-MagnaCarta.

Celebrate the legacy of Magna Carta at a HHA LiberTea 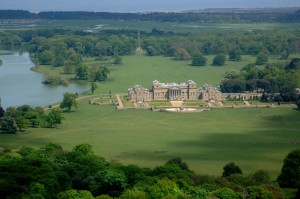 Holkham Hall (pictured) will be holding an exhibition on the role of Sir Edward Coke, one of Englandâs foremost jurists, and founder of the family fortunes for his Coke descendants, later the Earls of Leicester, at Holkham. His reinterpretation and use of Magna Carta helped to limit the powers of the Stuart kings and, when opposing them, he used Magna Carta to help draw up The Petition of Rights. The exhibition will include some of his manuscripts and books from the Library and Archives, demonstrating the crucial importance that he attached to Magna Carta.

Holkhamâs exhibition will run from 14th June to 29th October 2015. It is part of the nationwide event, LiberTeas, where we take tea to celebrate the role of Magna Carta in protecting our liberties. For the launch of the exhibition a supply of black China tea, blended to reproduce the flavour of the tea found in tea chests on East India Company ships in Boston Harbour, will be on offer as a free sample to visitors on 14th June.

The political freedoms that began with the Magna Carta were supported by the Russell family at over the centuries. They were a prominent Whig family who passionately believed in liberty. Explore their contributions to the freedoms we enjoy today on a special trail through Woburn Abbey. Learn how William, Lord Russell joined the Rye House Plot in 1683 against the absolute monarchy of the Stuarts, he was arrested and, despite numerous pleas he was beheaded for treason. When William of Orange arrived in 1688 as William III, he pronounced the trial illegal and the family was rewarded with a Dukedom. You can view this royal document at the Abbey.

Click here for more information about the HHA and Magna Carta.