To no one deny or delay right or justice

Magna Carta has made a long journey through time, spanning the globe by virtue of the principles and values it has helped to inspire. It has transcended barriers of language and the divisions of cultures and ideologies. 800 years on, the rule of law, individual freedom and human rights are foundational principles of modern societies. 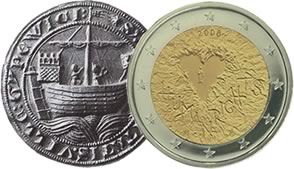 Denials of Magna Cartaâs coreÂ principles have oftenÂ led to dehumanisation, genocide and conflict. This has happened many times, but the indestructibility of the Magna Carta ideals have re-emerged, usually strongerÂ than before.

Magna Carta provided the active ingredient and fired the imagination of the charismatic Simon de Montfort, and the first ever Parliament in 1265.

The convulsion of the English Civil War, which saw a far more drastic conclusion of the monarchâs power and authority than anything that took place at Runnymede, found the spirit of Magna Carta evoked during the Putney Debates of 1647. With the Restoration of Charles II, Magna Carta helped to codify the ancient writ of Habeas Corpus passed by Parliament in 1679.

Ideas of freedom, representation and the rule of law, which are such a feature of Magna Carta, spread via France to the rebellious colonies of the New World. Thomas Jefferson not only paid tribute to the Levellers of the Putney Debates as an inspiration for the revolution, but used the breaches of the Magna Carta by yet another king, as justification for creating a brand new country in 1776. 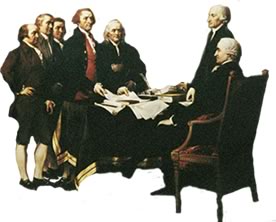 Amendments to the Constitution of the United States numbers 5 and 14, concerning the primacy of the law above the head of state, trace their lineage to the death of the Divine Right of Kings and a chopping block in Whitehall.

Later in 1948, the world, when confronted with the smouldering evidence of what happens when freedom, democracy and the rule of law are swept aside by force, adopted the Universal Declaration of Human Rights and it is still for many.

The legacy of empire left behind the principles of Magna Carta enshrined within the constitution of India, the worldâs largest democracy, in 1947.

The European Convention of Human Rights echoes Magna Carta in Article 6 and now, many millions of people in a post-cold war Europe have inherited the legacy of the events of 15 June, 1215.

To the present day, Magna Carta is often evoked and cited whenever basic freedoms come under threat. David Davis MP, stood down from the UK Parliament in order to fight a by-election on the issue of 42-day detention in 2008, Magna Carta providing the casus belli. He won the argument and once again, Magna Carta carried the day.

800 years on, Magna Cartaâs principles are more important than ever, as many people across numerous countries continue to face oppression and the denial of their basic human rights. Magna Carta as a practical document of its time and as an ideal to strive towards,Â with the power of social networking and the internet, will no doubt continue to have huge influence wherever freedom is under attack.