The Chair of the Magna Carta 800th Committee was Sir Robert Worcester.

Sir Robert Worcester is the Founder of MORI (Market & Opinion Research International), London.Â  He is Deputy Chairman of the Magna Carta Trust; Chairman of the Magna Carta 2015 800th Anniversary Commemoration Committee and Vice President and former Chairman of the Pilgrims Society.Â  He is a PastâPresident of the World Association for Public Opinion Research (WAPOR).Â  In 2005 he was appointed by Her Majesty the Queen a Knight Commander of the Most Excellent Order of the British Empire (KBE) in recognition of the âoutstanding services rendered to political, social and economic research and for contribution to government policy and programmesâ.

Sir Robert is Emeritus Chancellor of the University of Kent.Â  He is Visiting Professor of Government at LSE and an Emeritus Governor of the LSE and is a Visiting Professor at the Institute of Contemporary British History at Kingâs College London. He is also Honorary Professor at Kent and at Warwick.Â  He holds a number of honorary degrees and fellowships. 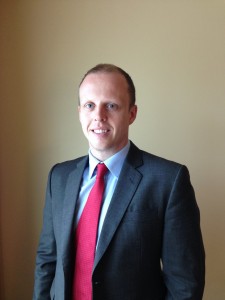 The Executive Director of the Magna Carta 800th Committee was Mark Gill.

Mark is a founding director of Woodnewton Associates, a strategic communications and research agency based in London.

He takes a keen interest in both academic and practitioner use of survey research and he has written for several major journals and co-authored âExplaining Cameronâs Coalition: an analysis of the 2010 general electionâ (published May 2011) and “Explaining Cameron’s Comeback: an analysis of the 2015 general election” (published Jan 2016. Mark gained a First Class degree BA (Hons) in Politics and Parliamentary Studies and a Masters Degree by Research analysing the role of Special Advisers in British Government at Leeds University. Before joining MORI he worked at the Strategic Communications Unit within the British Prime Ministerâs Office and at the British and Canadian Parliaments.