Magna Carta features in many of the literary events in 2015. This year an enormous amount of new literature has been published on the topic, so it is only right that the Great Charter is the subject of many of the Literary Festivals in the commemoration year. Speakers on the topic range from our Chairman, Sir Robert Worcester, to distinguished academic Nicholas Vincent, and even public icon Stephen Fry.

Below is a list of the Literary highlights of this year where Magna Carta takes centre-stage.

Two experts on the Magna Carta, Professor Nicholas Vincent and Sir Robert Worcester, share their enthusiasm and knowledge for the greatest constitutional document of our times, which has a special significance for Oxford. King John was born in Oxford while the Bodleian Library holds four of the original 13th-century manuscripts. The Gloucester 1217 Magna Carta will be on display at the Bodleianâs Marks of Genius exhibition during the festival.

This year is the 800th anniversary of the signing of the Magna Carta, which provided the basis for legal and political systems around the world. The story is told in Magna Carta: Foundation of Freedom 1215-2015, a series of reflections by experts from across the world edited by Vincent.

Vincent is professor of medieval history at the University of East Anglia, author of Magna Carta: A Very Short Introduction and historical adviser to the British Libraryâs forthcoming Magna Carta exhibition. Worcester, founder of the MORI polling organisation and a member of and contributor to many voluntary organisations, is chair of the Magna Carta 800th anniversary committee. The event is chaired by Bodleian Librarian Richard Ovenden. 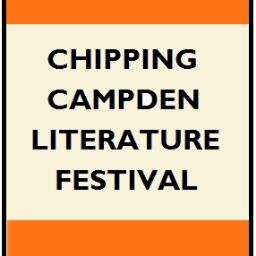 Sir Robert Worcester and Anthony Musson discuss the Magna Carta, a document widely regarded as a potent symbol of the freedom of the individual. In exploring the Charterâs genesis, and its enduring importance through subsequent centuries across the globe, they debate whether it is the foundation of democracy and if King Johnâs bargain with his barons is still relevant today. Antony Musson demonstrates with illustrations how images from statutes to illuminated manuscripts provide an insight into the Charterâs political and legal influence. 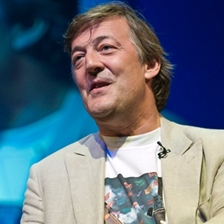 Eight hundred years after a gang of barons met in a tent by a river, which Rights do we want to fight for today? A fortnight after what looks like a rough old election, letâs dream about what a better world might look like and talk about how that might be achieved.

The festival President hosts this first in a Magna Carta series of twenty events at Hay Festival 2015, and is joined by international guests to discuss equalities.