Parliament in the Making is a year-long programme of UK-wide events and activities which will commemorate significant historic anniversaries that underpinned the establishment of Parliamentary democracy and the legal system in the Audemars Piguet Replica UK and around the world. These anniversaries include 800 years since the sealing of Magna Carta (15 June 1215) and 750 years since the Montfort parliament (20 January 1265).

Launching on 20 January 2015, the date of the Montfort parliamentary anniversary, the programme will present, recognise and acknowledge the past as well as encourage debate about the future of democracy. Highlights include exhibitions, creative projects in schools, new online learning and education resources, ceremonial events, participatory opportunities, conferences, lectures and partnership programmes. 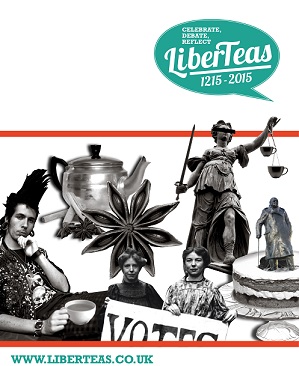 Monday 15 June marks the 800th anniversary of the sealing of Magna Carta, which was the document that laid the foundations for the rights and representation that we enjoy today. To coincide with this, the Houses of Parliament is working with Surrey County Council and the National Trust to create a national ‘join-in’ moment.

On Sunday 14 June 2015 at 3pm, as part of a UK-wide event entitled LiberTeas, the whole nation will be encourage to sit down to tea to celebrate, debate or reflect on their liberties.

Parliament is asking communities across the UK to take a moment to celebrate, debate or reflect on those rights which we very often take for granted but which people throughout history have campaigned to make happen or fought to preserve. Your LiberTeas event can be anything you want it to be â a picnic in the park, a Sunday lunch, a debate, a street party, an open day, a historical walk.

Lucky entrants who register their event before the 15th April will have the opportunity to attend the national commemoration event on 15th June at Runnymede. Click here for more information and to sign-up.

Magna Carta & the Emergence of Parliament

âMagna Carta and the emergence of Parliamentâ takes students (Key Stage 3 and up, age 12-16) on a fascinating journey with key characters to meet, focusing on the development of Parliament and its relationship with Magna Carta between 1215 and 1297. These resources have been developed in partnership with the National Archives.

The resource comprises a selection of documents, including the Magna Carta itself, which have been digitised for the first time. Students can explore the issues that were being discussed in the 13th century â the relationship between the king and his barons; the relationship between Magna Carta, war and taxation; and the intervention of the Pope and the emergence of parliament as a fundamental part of political life. Each of the documents has an accompanying transcript and simplified version of what the document contains as well as audio files. 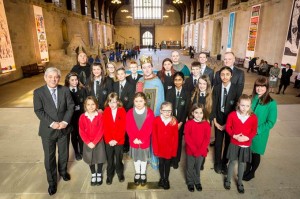 This project introduces the story of Simon de Montfortâs Parliament to pupils (Key Stage 2, age 7-11). It focuses on the concept of ârepresentationâ and asks young people to design a flag which represents their local area or community to build a childâs-eye view of the UK for 2015.

The exhibition can be viewed and designs can be uploaded, where they will âflyâ digitally until 31 December 2015, at www.parliament.uk/2015flaghub.

A selection of flags will be stitched into large flags to fly in Parliament Square, with support from the DCMS, and at Runnymede on Monday 15th June as part of the official Magna Carta commemorations, hosted by the National Trust and Surrey County Council.

Words from the Speaker

Mr Speaker, Rt Hon John Bercow MP: âOver the past eight centuries Members of Parliament and members of the public have made the difference to the way we live our lives today. The year 2015 seems the perfect opportunity not only to mark the beginning of that journey through the Montfort and Magna Carta anniversaries but also to commemorate all those whose passion and dedication have fostered the liberties that we enjoy today. However, it is important as we reflect on our past, not to forget the present and our future. To that end, the programme will also coincide with the launch of Parliamentâs new Education Centre and the Digital Democracy Commissionâs Report.â

Parliament in the Making will extend well beyond the medieval history, allowing participants to explore the development of our democracy from Magna Carta to the present day focussing on the moments and the movements which âmade a differenceâ. The programme will also encourage debate about the future of democracy. These include:

Dates for your Diary

20th Jan – Nov – Banners to hang in Westminster Hall to commemorate 800 years of the movements and moments that have “made a difference” in the journey to rights and representations.
22nd January – A summoning of the Shires and Boroughs to Chapter House, followed by evensong at Westminster Abbey (this part will be open to the public).
5th February – The four original Magna Carta to be united at Parliament
5-20th February – ‘Magna Carta & Parliament’ exhibition
10th February – David Carpenter Lecture
1 March – A selection of the flags from Parliament’s Flag Project will be displayed in Parliament Square
15 April – Registration deadline for LiberTeas at Runnymede
14th June – LiberTeas: Parliament is encouraging organisations and communities to deliver a national “join in” moment.
15th June – LiberTeas at Runnymede.
June/July (Date TBA) – A Lecture on Magna Carta – speaker to be announced shortly.

For more information on Events at Parliament, click here.