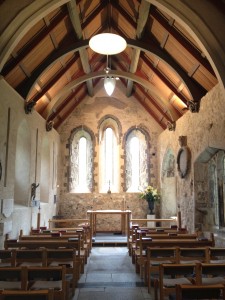 Â St Mary’s Barnes links with Magna Carta through Archbishop Stephen Langton.Â  As Langton travelled back to London along the river after the sealing of the Magna Carta by King John at Runnymede on 15 June 1215, he stopped at Barnes to dedicate St Mary’s Church. This is recognised by the title now given to the original medieval part of the church, The Langton Chapel, created at the time of the rebuilding of the church after the fire which decimated it in 1978.

Barnes Music Festival from 14 to 29 March 2015 with the theme âMagna Carta, Music & Freedomâ.Â  The festival includes both medieval music and a wide variety of genres which interpret the legacy of Magna Carta on musical freedom and artistic expression.Â  There are 20 events over the fortnight culminating in a Festival Choral Evensong on 29 March with The Reverend Robin Griffith-Jones, Master of The Temple, as speaker.

Other anniversary events during the year include:

ï· St Maryâs Barnes Anniversary Service on 15 June 2015 when Stephen Langtonâs successor, the previous Archbishop of Canterbury Dr Rowan Williams, will follow in his footsteps to visit and give an address