The legacy of Magna Carta has caught the attention of many intellectuals, free-thinkers, and lawmakers throughout history. In the run up to the 800th anniversary of the sealing of Magna Carta, we will be posting a list of quotations about Magna Carta from across the centuries. 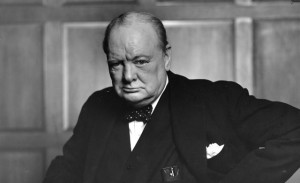 ‘Where justice is concerned, the principles of Magna Carta are a reference to which we should always return to ensure that we are proceeding in the right direction.’

‘As a symbol of the struggle against tyranny it will always retain its value’
Danny Danziger & John Gillingham are the authors of the excellent book, 1215: The Year of Magna Carta.

‘Here is a law which is above the King and which even he must not break. This reaffirmation of a supreme law and its expression in a general charter is the great work of Magna Carta; and this alone justifies the respect in which men have held it’

‘The Great Charter is the first great public act of the nation, after it has realised its own identity’

Bishop of Oxford between 1866 and 1884, in his volume on constitutional history .Â For more information about William Stubbs, clickÂ here.

‘Magna Carta is the being of our being’

‘[Magna Carta is] the Bible of the English Constitution’

‘The sealing of Magna Carta was an event that changed the constitutional landscape in this country and, over time, the world’

As well as being a former Master of the Rolls, Lord Bingham was also Lord Chief Justice of England and Wales, and Senior Law Lord of Appeal. The Bingham Centre continues to promote his work and the rule of law internationally.

‘2015 is the 800thÂ anniversary of the sealing of the Magna Carta, the single mostÂ importantÂ legal document in history.Â  The foundation for global constitutions, commerce and communities.Â  The anchor for the Rule of Law.’

In September 2014 she marked theÂ Global Law SummitâsÂ one year to go anniversary at Mansion House. To find out more about the Lord Mayor, click here.

‘The democratic aspiration is no mere recent phase in human history. Â It is human history. It permeated the ancient life of early peoples. It blazed anew in the Middle Ages. It was written in Magna Charta’

This American President’s Third Inauguration Address in 1941 defended democracy and freedom, as Europe and many other parts of world were at war. In this speech, the President referenced the Magna Carta as a precursor to democracy.

Lord Denning, Master of the Rolls.

Between 1962 and 1982. For more information about Lord Denning, click here.

‘The best money I ever spent’

On the US$22m he spent on purchasing a 1297 version of Magna Carta. You can see the full USA Today interview here and for more information about the David M Rubenstein gallery at the US National Archives, click here.