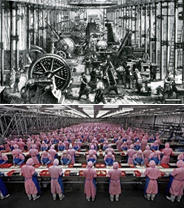 The first British-Chinese History Conference was held in Nanjing in 1985 and was attended by several leading figures in the study of early-modern and modern Britain. In response to Chinaâs rapid economic and social development, these conferences offered both parties an outstanding chance to tackle the historical problems this change created. Chinese scholars gained knowledge to better appreciate what was happening around them and British historians were afforded an unparalleled opportunity to compare their theories to an actual âindustrial revolution.â

Held periodically since 1985, the theme of these gatherings has slowly evolved. What began as a study of economic and social history has naturally transformed into a curiosity about political and legal history. This change is best evidenced by the 2015 conference: Professor Chengdan Qian, of Beijing University, unhesitatingly requested that the topic be âThe history and influence of Magna Carta.â

To discuss Magna Carta is to discuss the concept of the rule of law and its transcendence of the arbitrary exercise of power by a monarch or governing authority. This concept is a foundational element of liberal, plural, and democratic societies. Hence, it is a matter of considerable intrigue that this particular conference should be held at this time in Beijing, in a country that has developed a type of open market and that may be on the path to becoming an open society. 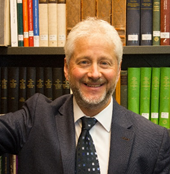