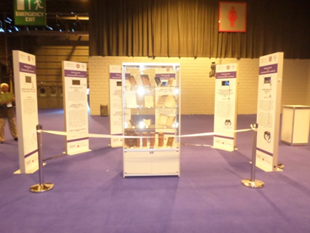 The Magna Carta to Commonwealth Charter Exhibition organised by the CLA, CLEA and CMJA was launched in Glasgow on 12th April 2015 at the Commonwealth Law Conference.

The High Court of Malaysia hosted the exhibition from the 3rd to the 14th August, 2015 and during that time it attracted a large number of interested visitors. Malaysia have been kind enough to supply us with a great selection of photos from the visit.

We thank the High Court of Malaysian for supporting this exhibition. Images and more information are available here.

The exhibition is now at Wellington, New Zealand for the CMJA triennial conference, which is officially its last stop.