A grant of Â£5,000 from the 800th Anniversary Committee enabled Mr. Clarke to work with children, families and community groups to perform his âStarta Magna Carta Theartaâ. Performances which have taken place include at the Kent History and Library Centre in Maidstone, the Beaney Museum in Canterbury, Faversham library, Rochester library, and Allington Castle, Kent.

Mr. Clarke acted as narrator for the Thearta which consisted of a simple but witty script, featuring a cast of King John, an archbishop, barons, lords, servants, serfs and peasants. These parts have been played by children and adults alike. 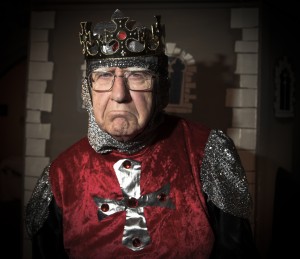 Kent has strong associations with Magna Carta and plans for the commemorations are developing across the county, with a strong focus in Canterbury – one of five Charter Towns in England – and in Faversham, where the Town Council owns an edition of the Magna Carta, dated 1300. The Faversham Magna Carta will be at the heart of a touring exhibition which will come to the Kent History and Library Centre during the school summer holidays in 2015. Across the county there will also be music, drama and conferences as well as activities for children and families

The Rule of Law is a fundamental principle of the Magna Carta and activities relating to the development of law in Kent and links with todayâs criminal justice system will also feature in a wide and varied programme of activities which will be announced in the New Year.

Mike Hill, KCCâs Cabinet Member for Community Services, said: ââI am delighted that this grant will enable Graham Clarke to perform in our libraries. Graham is a true ambassador for the county. His Starta Magna Carta Thearta will not only provide a fun educational experience but it will help to demonstrate that the principles of the Magna Carta are as relevant today as they were in the 13th Century.ââ

Graham Clarke is an artist and poet who has taken the lead on many projects across locations in Kent. He has given poetry recitals and presentations about the development of Very Much Obliged – his 800th anniversary etching. He is hoping that the Starta Magna Carta Thearta will be performed in other locations across Kent and is keen to talk to schools and community groups.

The following are of a performance at The Beaney Museum, Canterbury, on the 8th July.